Well I must say this media announcement ( see summary below ) today by all the major milk processors who supply the domestic milk market in Australia certainly caught my eye.

Whilst the addition of permeate to standardise milk did not overly concern me as a consumer. The fact that it was, I am given to understand in the main carted all the way from Victoria (note this is anecdotal  and not officially confirmed or denied by processors ) to add to NSW farmers milk did rattle my cages.

“Chair of the Dairy Farmers Milk Co-operative, Ian Zandstra, says the decision means companies like Lion will have to buy a little bit more fresh milk from dairy farmers”.

I believe this outcome is a win for NSW dairy farmers already under far too much pressure from things outside their control.  For consumers it once again shows “people power”. For industry its a reminder of the pivotal need for transparency at all levels of the supply chain.

Dairy processors say no to permeate

Milk processors have bowed to consumer concerns about the by-product permeate and say it won’t be added to their branded products.

Lion, which produces Dairy Farmers and Pura brands, and Parmalat, which sells Pauls brands, have announced their milk will be permeate free.

Permeate is the liquid left behind after milk is separated into cream and low fat milk, and mixing it back into the milk was seen as an unnecessary additive.

Chair of the Dairy Farmers Milk Co-operative, Ian Zandstra, says the decision means companies like Lion will have to buy a little bit more fresh milk from dairy farmers.

“That’s a good thing. That buffers the nervousness about a cut in contracts,” he said.

“Price-wise, I can’t see it having much effect.

“Clearly, if more milk was needed in regions of milk shortage, there’d have to be a price response and an increase in prices.

“But generally Lion is needing less milk from our farmers in virtually all the regions.”

Dairy Farmers Co-op represents 750 milk suppliers around eastern Australia, from far north Queensland to Victoria. The co-op is in price negotiations today with the processor Lion.

Permeate what’s all the fuss?

I wasn’t going to write a post about this topic but people I respect are now  concerned about the addition of permeate to milk and one of Art4agriculture’s Young Farming Champions wasquizzed about it and wasn’t confident answering the question when she gave a recent presentation. So I decided it was time to debunk the misconceptions and get it out in the open

Permeate so why all the fuss?

As always controversy sells newspapers and attracts viewers in droves for TV shows and apparently food controversy does this better than any other topic.

In fact it’s become so popular that we could have controversy food isles and controversy free food isles in supermarkets and food products and brands would be moving backwards and forwards like yo yos as long as the issue continued to improve ratings .

This week its milk and how it is standardised. Below is a nice simple diagram of how milk is standardised. Standardisation means you can put accurate fat and protein percentages on milk product labels. 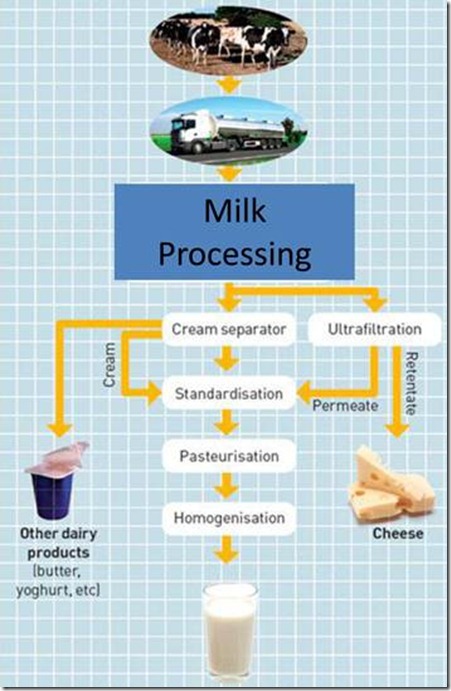 Fairly straight forward stuff wouldn’t you say? What the labels don’t say is how the milk was standardised and this is causing controversy because the word permeate now emits “controversy”

When permeate first appeared in the media the reaction from the big milk companies and industry bodies was “no comment”.  Not the wisest decision they ever made.

Milk companies it’s time to fix this mess. If the milk is standardised with permeate put it on the label. Australian shoppers are not known as most discerning in the world, the statistics say we buy on cost and convenience and take 7 seconds to make a food item purchase decision in the supermarket. It’s a pretty fair bet that the word permeate on the label won’t even make a dent in sales but the consumer has a right to know and it’s time to show them that respect

Let’s hope this is a lesson learned “truth in labelling” should be nothing to fear. After all if you are not proud of what goes in your product and you can’t talk about it don’t add it.

Back to permeate – Let’s get fair dinkum I can confirm for milk consumers permeate is nothing to fear. It’s just a milk by product just like cream is but I won’t be whipping to put on my dessert any time soon 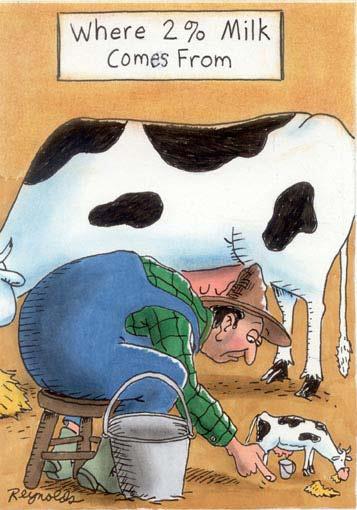