Today’s guest blog 1 is by Gerry Andersen who is the Chief Executive Officer of Foodbank NSW.

Gerry has also been involved with the RAS of NSW for the past 25 years and is currently a RAS Councillor and Chair of the Sydney Royal Dairy Produce Committee. I had the pleasure of working with Gerry and the superb team from the Sydney Royal Dairy Produce Show in February this year when I had the honour of stewarding in the ice cream judging section. See the post I wrote about my day here

Gerry’s work with Foodbank has perfect synergies with the ethos of the Archibull Prize where we ask participating students to reflect on sustainable food production and also their role in sustainable food consumption. I am confident like me you will be astounded by the amount of food that is wasted in this country and as a farmer producing some of this food that ends up in landfill it breaks my heart. It will also break your heart to read about the other end of the spectrum that Gerry shares with us in this post. It just beggars belief that this can happen.

Each year two million Australians will rely on food relief and around half of them will be children who often go to school without breakfast or to bed without dinner.

Are the lucky ones so self absorbed and we live in our own little worlds and forget what really matters?. I just don’t know. What do you think?

I do know that as a farmer I am very proud of my fellow farmers participating in the Waste Not Want Not program.

Waste not; want not

Food waste is a complex social, economic and environmental problem that is having an increasingly negative impact on our world.

There’s no doubt that when it comes to food production, Australia truly is the lucky country. We live in a plentiful country, with some of the world’s most abundant fresh produce and skilful, efficient farmers. Each year, Australia produces enough fresh food to feed 60 million people – that’s nearly enough to feed the nation 3 times over.1
However, recent figures suggest that 4 million tonnes of food is wasted every year in Australia. 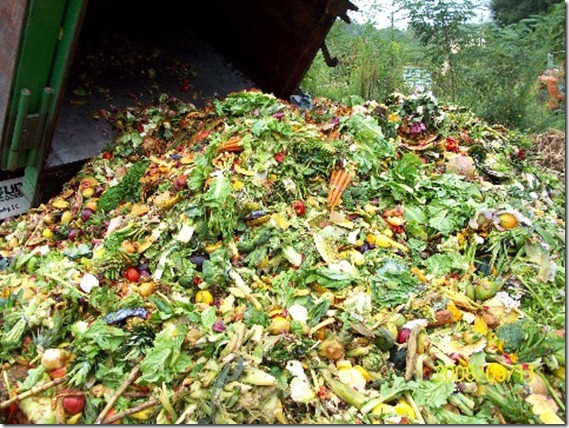 This surplus food could feed millions of Australians every day. Food gets wasted because we buy more than we need; we cook more than we need; and due to demanding quality standards a lot of produce is discarded because of appearance, despite the nutritional quality still being very good. These food waste facts are startling alone, but when coupled with the fact that 1.2 million Australians do not have access to a safe and nutritious food supply, the situation is staggering.

Many of us eat well and enjoy a varied diet, so it seems strange to be discussing food shortages for Australians; however, for many, access to food is a critical problem. Each year two million Australians will rely on food relief and around half of them will be children who often go to school without breakfast or to bed without dinner. This is where Foodbank, the largest hunger relief organisation in Australia, comes into the equation. Foodbank is a not-for-profit, nondenominational organisation that seeks and distributes food and grocery industry donations to welfare agencies to feed the hungry around the country. The food goes to hostels, shelters, drop-in centres, school breakfast programs, home hampers and emergency relief packages for people in need. Last year alone it redistributed enough food for 28 million meals.

I became involved with Foodbank in 2009 taking up the role of CEO, following retirement from the food manufacturing industry three years earlier. I enjoyed entering the workforce again, and in particular working in the charity sector. Foodbank was initially formed to redistribute wasted food products from Australian food manufacturing and retailing sectors. However, recently the focus has moved to the farming industry.

Foodbank’s Waste Not Want Not program is a unique project that delivers otherwise wasted produce from the Riverina farming community to the tables of hungry families throughout NSW and the ACT. Since the program began in 2011, over 400 tonnes of produce from the Riverina district has been donated. There are plans to roll out the program in many more areas in NSW by 2013. Farmers, including small producers, can donate their fresh fruit and vegetables products that are in excess to demand or not quite up to quality standards, as they are still nutritious and very desirable to feed needy people. Our most common donations from farmers include oranges, pumpkins, onions, potatoes and grain.

There is still a long way to go to achieve an Australia without hunger, but we, as an agricultural community, can play a part to reduce the waste and hunger that exists.

For more information on Foodbank and how you can become involved Visit www.foodbank.com.au