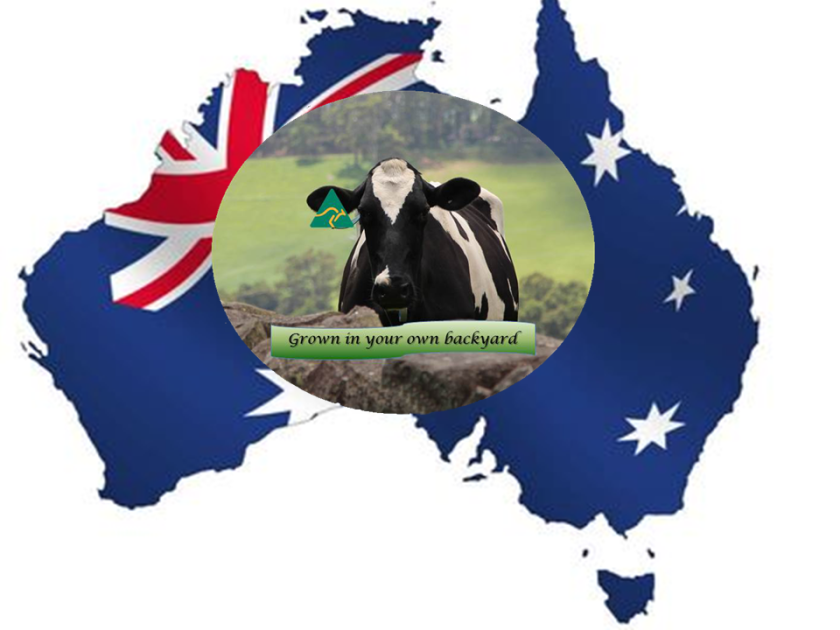 Grown in your own backyard

Today’s blog is inspired by this article in the Australian Farm Journal by Mick Keogh.

Neither of these will occur unless the Australian agriculture sector focuses on promoting the benefits of its produce, rather than merits of its farmers. 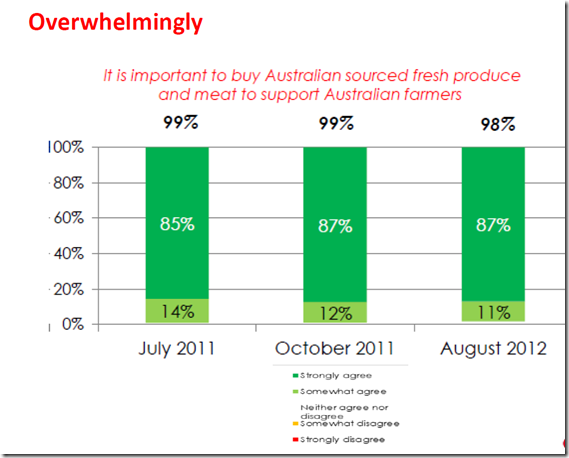 According to the supermarket that undertook this study

Australian consumers are amongst the most passionate in the world when it comes to supporting local producers with almost 70 per cent placing a ‘high’ or ‘very high’ level of importance on choosing products made in their own country.

What they didn’t say is if this patriotism translates into sales. According to the Food and Grocery Council surveys it doesn’t but is that because manufacturers and supermarkets don’t make easy for consumers to find Australian made

Yet as Mick points out

Consumers cannot easily select Australian grown produce because of Australia’s labelling laws, which do not require packaging to provide clear information about where the product was grown. Australian supermarket aisles are stacked full of products labelled ‘Made in Australia from imported and local ingredients’, which surveys reveal lead consumers to believe they are purchasing Australian grown products. This is not the case, as it is often only the packaging and some minor processing steps that are carried out in Australia, with the main ingredients being imported.

Mick goes on to say

Curiously, the Australian Competition and Consumer Commission (ACCC) does not seem to believe such labels are misleading, yet has recently heavily criticised proposed poultry industry labelling standards for free-range eggs because they ‘may mislead consumers’!

It is a hot topic and not everyone agrees with the ACCC as this article shows. What do you think

Leaving aside the fact that consumers cannot easily identify imported products, the critical issue is whether consumers have been provided with reasons they should seek out and potentially pay more for Australian grown products. Unfortunately, this is generally not the case, meaning that there is an implicit assumption that some sort of nationalistic loyalty will come to the fore in the case of Australian consumers, and the Australian label (where it is present) will be sufficient to attract consumers overseas. This is equivalent to Australian car manufacturers relying on Australian consumers to buy Australian-made cars simply because they are made here, irrespective of their value, performance or appearance.

There are many reasons Australian and overseas consumers should actively seek out and purchase Australian grown products, as listed below. Unfortunately, these are not promoted to consumers in any meaningful way, which means consumers are not given reasons they should select ‘Brand Australia’.

This is a major deficiency for Australian agriculture in both domestic and international markets, and especially if the sector is serious about capturing the new middle-class consumer markets that are rapidly emerging in Asia. These consumers need to be given reasons to seek out Australian products. Safety and quality are obviously paramount, as the response to recent milk substitution issues in China has highlighted, and Australian produce has a very good track record in this regard. Unfortunately, few consumers are aware of this because there is no concerted effort to explain and promote it.

Whilst Australian farmers feel undervalued and lobby their industry bodies for image campaigns we must acknowledge it is up to us (farmers) to be the image we want our customers to see .

Lets let industry get on with their role and promote Australian grown. We (farmers) can do an awesome job of this too. Lets be loud and proud and shout it from the rooftops

What are we going to shout

This is what we are going to shout

1. High quality
Australian agricultural products are regarded as being of the highest quality by fussy consumers in places like Japan, Korea, Singapore, the US and the EU. Australia is one of the few nations that has consistently exported agricultural products to all these nations for many years, and the high quality of Australian produce has helped to retain access to these markets.

2. Safety
Australian agricultural products have a very high level of safety for consumers, being free of disease and chemical and biological contaminants. This is regularly highlighted by the results of the National Agricultural Residue Survey and the National Antibiotic Monitoring Program. The fact that only Australia maintained access to both the Japanese and Korean beef markets during the entire period of the Mad Cow Disease incident is just one example of the high levels of biosecurity associated with Australian agricultural products.

3. Traceability
Australia has the most advanced national livestock identification system (NLIS) of any nation on earth – a fact that is readily acknowledged by competitor nations such as the US and Brazil. This provides Australia with an unmatched ability to ensure the integrity and safety of meat and other products. Similarly, advanced logistics and supply chains used in the grains, horticulture, sugar and wine industries ensure the integrity of Australian products.

4. Cost to consumers
Australian agriculture operates with the lowest levels of taxpayer support of any agriculture sector in the world, according to annual surveys carried out by the OECD. This means Australian taxpayers do not pay any hidden or extra costs for Australian agricultural products, unlike consumers in most developed nations whose taxes subsidise farmer incomes.

5. Low and declining greenhouse emissions
According to the Australian Government Department of Climate Change and Energy Efficiency, Australian agriculture is the only sector of the economy to have reduced greenhouse emissions over the last two decades. Were it not for the 30% reduction in emissions from the agriculture sector over this period, Australia would have exceeded its Kyoto Protocol national emission target by a considerable margin, and taxpayers could have experienced a considerable cost if Australia decided to purchase international carbon credits to offset the additional emissions.

6. Fair treatment of workers
Australia has the fourth highest wages in the world, and some of the highest standards of workplace health and safety enforced by regulation. Even in cases where overseas labour is used, these workers enjoy the same award rates, and health and welfare benefits of Australians. This is in stark contrast to the agriculture sectors of many overseas nations, which rely on low-paid immigrant labour, or have much lower wage and safety standards than Australia.

7. Environmentally-friendly
Australian agricultural businesses operate under some of the strictest environmental controls in the world. Australia’s most recent ‘State of the Environment’ report noted the substantial improvements that have been made to land management in Australia, with the adoption of conservation tillage practices higher in Australia that in any other nation. A recent ABARES report has detailed the very high level of engagement of Australian farmers in biodiversity conservation, and Australian water management policies are acknowledged as world leading by international agencies such as the United Nations and the World Bank. Australian farmers utilise much lower rates of chemical and fertiliser use than farmers in virtually any developed or developing nation, and are rapidly adopting precision agriculture technologies to make artificial input use even more efficient.

Love this pix from the article