Isn’t twitter a great source of information and food for thought. Thank you Melissa Henry for drawing this article titled Horse meat – the hardest thing to digest is that it’s your fault from the UK ‘The Making Progress Blues~ A blog on the journey’ to my attention.

Forgive me author , I cant seem to ascertain the name of the writer of the blog but I am pretty confident it is not contributed to by the agriculture sector. I am sharing it with you for a number of reasons.  The first reason is a highly positive one and that is I believe in the integrity of our domestic food supply chain in so much as Australians faith in the commitment of our farmers to supply fresh, affordable, nutritious food for our customers at every level and ultimately consumers is second to none.

Secondly I believe this post does highlight the dangers of taking this for granted. As consumers when all we value is cost and convenience with little or no thought to the ramifications to the people down the supply who are ultimately forced to continually ‘innovate’ to keep supplying this food at rock bottom prices. Now I am pretty confident that this type of ‘innovation” wont happen in my lifetime in this country. It is imperative however that as the consumers we keep remembering there are no free lunches. First the suppliers suffer and in the end we all pay whilst supermarkets like Coles profits go up and up and their executives take home million dollar wage packets in double figures.

I have reproduced the first part of the post below. You can read the rest here Horse meat – the hardest thing to digest is that it’s your fault . 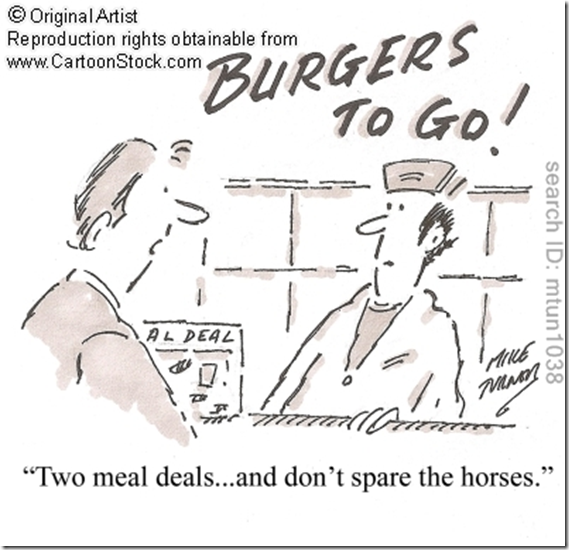 No  doubt you are outraged about the horse meat scandal. You have every right to be – criminality, profiteering, potential fraud, all have led to many people eating an animal they would probably prefer to see in the 3.20 at Kempton and possibly also ingesting dangerous veterinary drugs.

I know, I know; you’re not happy. It’s not your fault is it? It’s the government, the supermarkets, criminals and Goodness knows who else.

After a week of this story my patience has finally snapped, and it’s time someone told you a few home truths.

Many of us have been banging on for years about this stuff, trying to make you care about the need for better food labelling, about fairness for farmers, about the need to support local farms to avoid all our food coming from giant, uncaring corporate agri-businesses which churn out cheap product to feed the insatiable appetite of supermarket price-cutting.

We’ve been highlighting the unfairness of UK farmers being forced to meet 73 different regulations to sell to supermarkets which don’t apply to foreign suppliers, and talking about our children growing up with no understanding of food production and, more than all of this, about the way supermarkets have driven down and down and down the cost of meat to the point where people think it’s normal to buy 3lbs of beef (in burgers) for 90p.

And you wouldn’t listen. It was like shouting into a gale.

Through the years of New Labour, when farming and the countryside were demonised, you wouldn’t listen. You cheerfully chose to believe that all farmers were Rolls Royce driving aristocrats, as painted by John Prescott. You had no sympathy. You wanted a chicken for £2 and your Sunday roast for a fiver. Well, you got them didn’t you? And hundreds of farmers went to the wall. And you still didn’t care because Turkey slices were ten for 60p.

And now you’re furious, because it turns out that when you pay peanuts for something it’s actually not very good. Who knew eh?

And before you start, don’t even think about the “it’s all right for the rich who can go to local butcher’s shops but what about the poor?” line. The number of people who can’t afford adequate amounts of food is tiny – tragic and wrong, yes, but tiny. Supermarkets don’t make their billions from them hunting in the “reduced” basket, they make their money from millions of everyday folk filling a weekly trolley. You, in other words………….

This post is not just about truth ion labelling 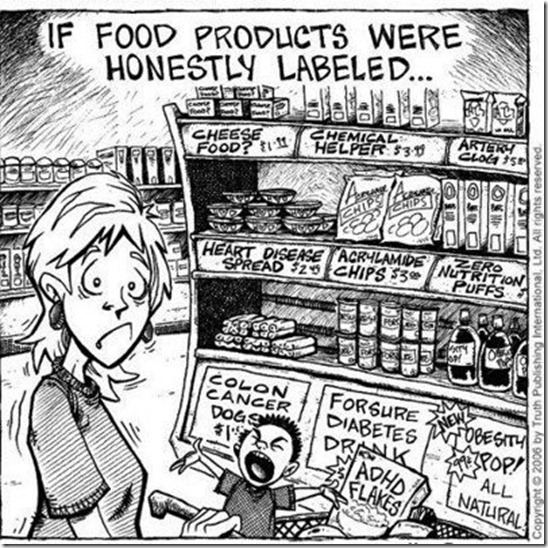 This post is about equity for everyone in the food supply chain  We do care don’t we?There is an election coming up. Let’s show we care and vote in the people who share our social conscience.